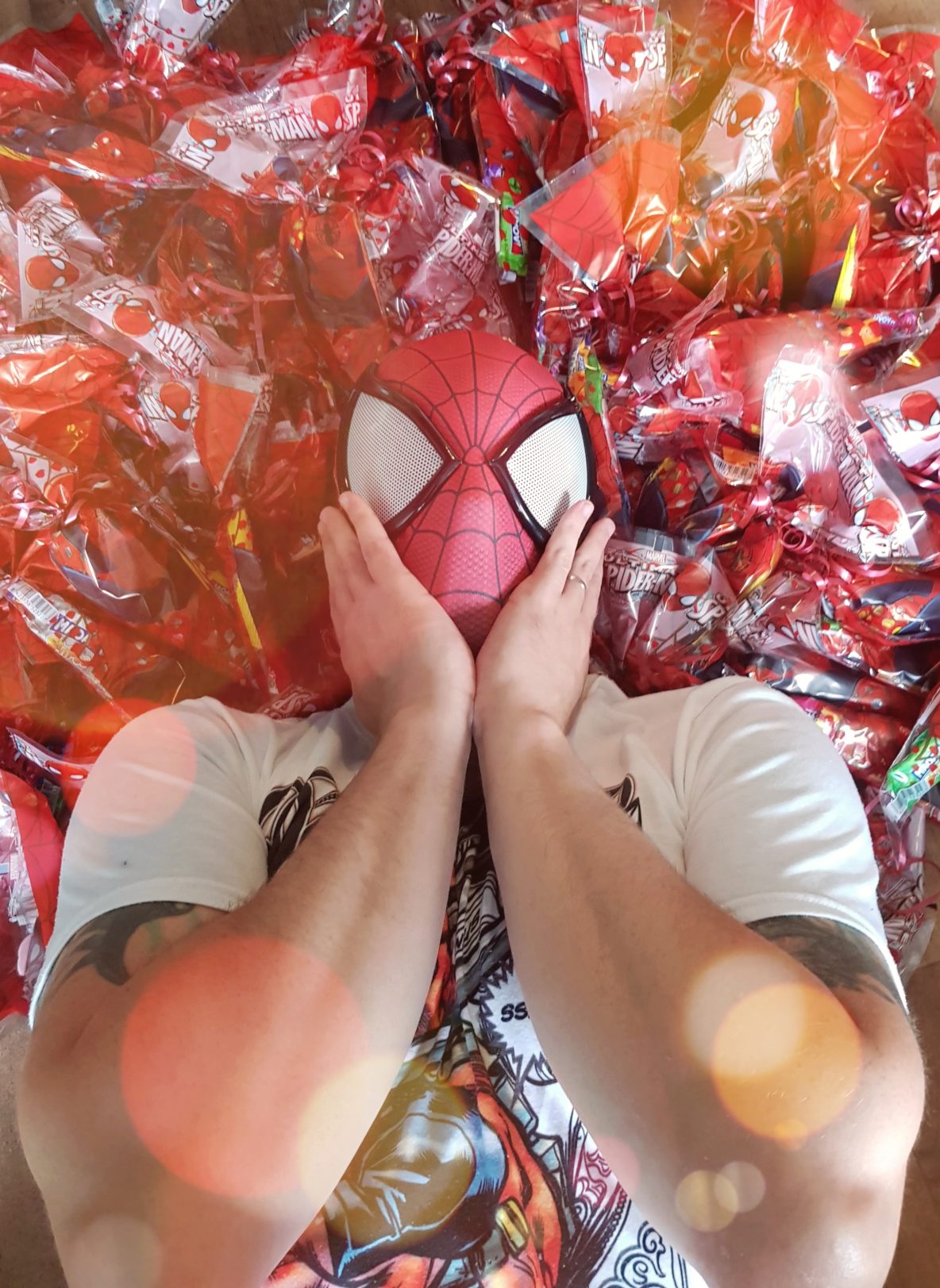 It all started during the doorstep claps for the NHS. As a Spider-man children’s entertainer I thought it would be great to bring some joy to the kids on my estate by having a jog around while everyone was out. More and more people started coming out to see, and I think it brightened up the week for a lot of people.

After seeing how many kids came out to see me I decided to do a sweet drop just around my estate,  I thought it would be great to help cheer up the kids. It quickly became popular; I started delivering sweets on a much larger scale. I put a post on the Featherstone Watch Facebook page as Spider-man and the work began. I thought that lots of children in Featherstone may be struggling with lock down, this gave them something to look forward to and a break from reality, parents organised the sweet drop as a surprise and quite a few people recommended local families to visit. Each drop got larger, delivering up to 90 children on the last one I did.

Just as lock down began I started doing Facebook live Story time sessions as Spider-man which were a great success. I continued these through lock down, making Disney quizzes and all sorts. At one point I had 600+ viewers, people from South Africa and France even joined! I started getting requests to film Spider-man videos for children’s birthdays.

I like to think I’ve been helping people during a tough time. I feel fortunate that not too much has changed for our family, but I know that coronavirus has had a massive effect on the lives of lots of people, so I’m giving what I can in a way that I know how.

The community spirit throughout Covid-19 has been inspirational. The local community have really come together to support each other through a tough time. I received a message from a lady that set up a local charity for children. She invited me to go see a young boy battling a severe illness. People from all over sent cards and presents. I went as Spider-man and delivered some presents.  Previously, I’d started a Mystery box raffle to raise money for radio Aires’ cash4kids appeal and GoFundMe, the box included some of my collection of comics, as well as some brand new items and as fate would have it, the lady that reached out to me won the raffle and donated the prize to the young boy for his early Christmas! It really has changed my perspective on everything, we’ve all joined in together to help others and those that are struggling. It has given me faith in people. 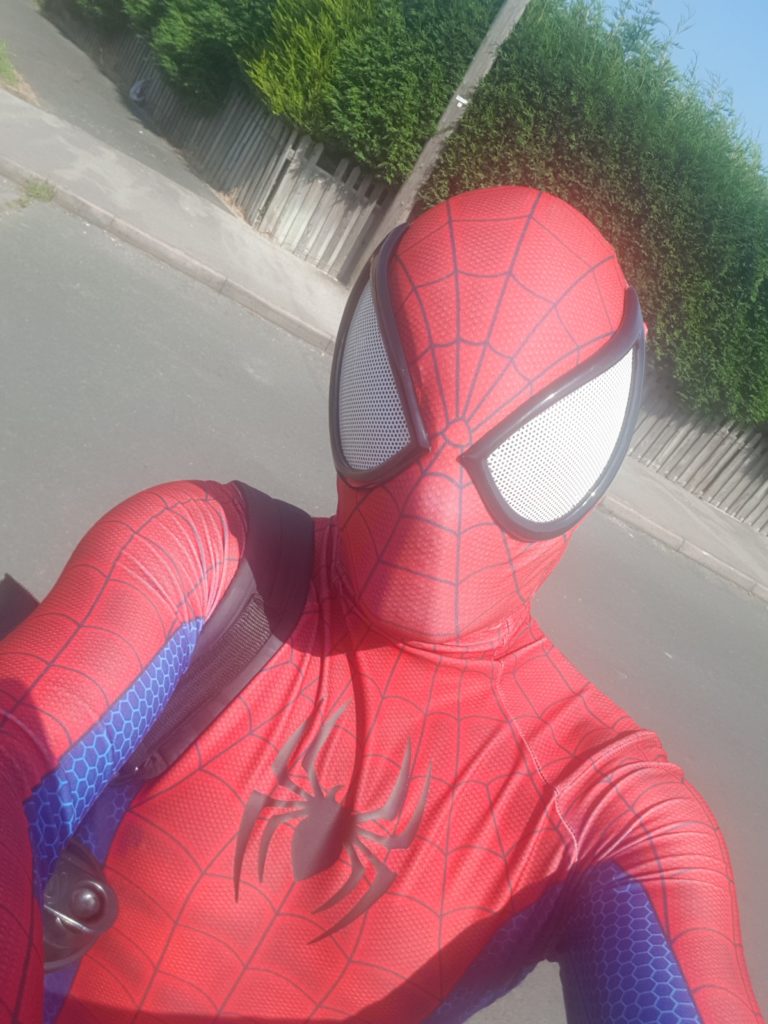 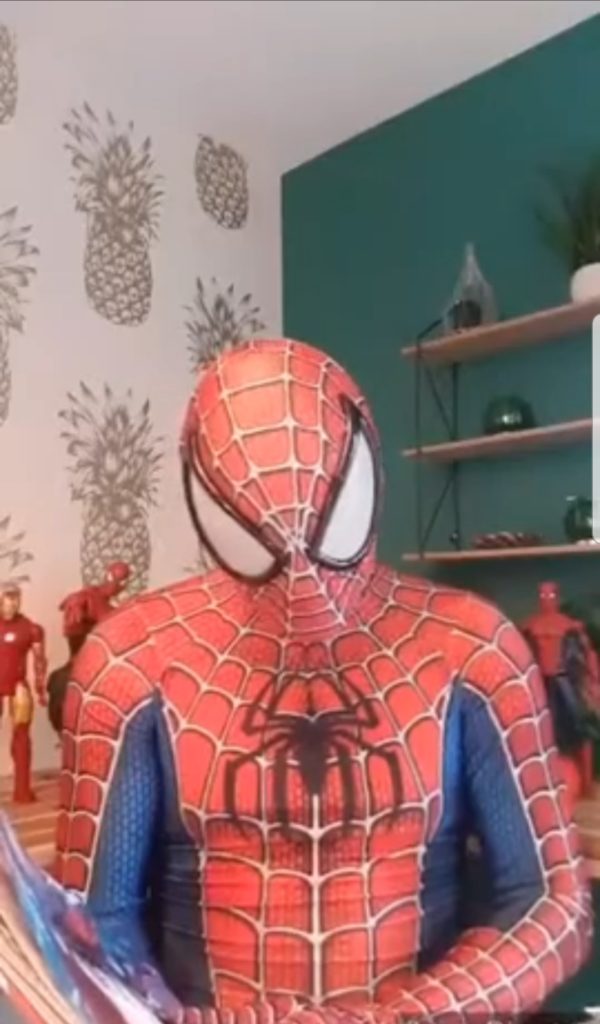